The commisioning ceremony was held on 29th July

USS Rafael Peralta (DDG-115) honors Marine Corps Sgt. Rafael Peralta, who was posthumously awarded the Navy Cross for actions during combat operations in Operation Iraqi Freedom. Peralta is credited with saving the lives of fellow Marines during the second battle of Fallujah in 2004.

Rafael Peralta, the 64th Arleigh Burke-class destroyer, will be able to conduct a variety of operations, from peacetime presence and crisis management to sea control and power projection. Rafael Peralta will be capable of engaging in air, surface and subsurface battles simultaneously and will contain a myriad of offensive and defensive weapons designed to support maritime warfare, including Integrated Air and Missile Defense (IAMD) capabilities. 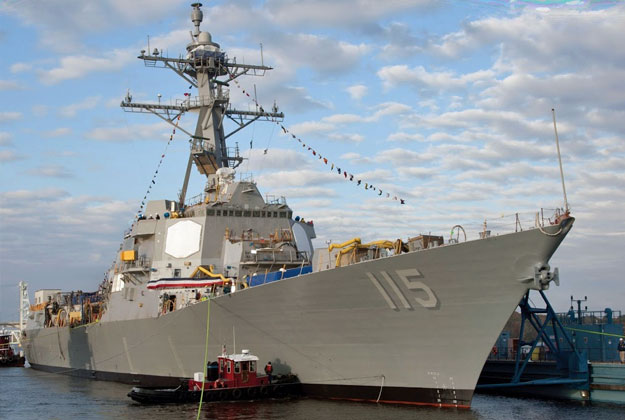 US Navy Railgun starts fire on the field (video)