Russian Deputy Defense Minister Yuri Borisov said project 22160 was designed for counterterrorist operations and the fight against sea piracy which is widely spread in the Middle East area. “The project was designed to protect the seas without escorting civilian vessels and spending the resource of warships on that. We ordered six such corvettes,” he said. 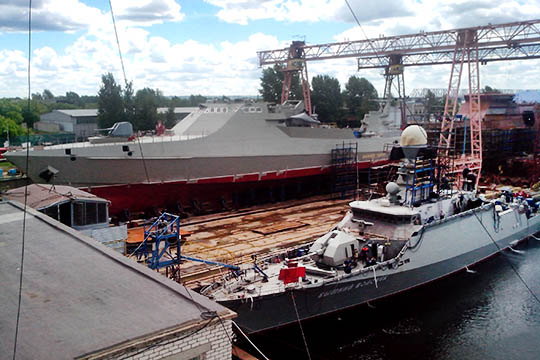 The Project 22160 ships are intended for economic zone patrol, search-and-rescue operations, anti-piracy and anti-smuggling activities, environmental monitoring, as well as coastal defense and escort service, according to the shipyard. They have a speed of 30 kt, range of 6,000 nautical miles and are armed with a single 57mm cannon, heavy machine guns, air defense system and missile launchers.