The World is My Playground
World Naval News
DEFENCE COMPANIESNEWS

The AQS-24B, the only deployed and operationally proven, high-speed mine hunting system in the world, with operational speeds of up to 18 knots, will be exhibited at the 2018 Undersea Defence & Security Conference in Portsmouth, U.K., March 20-22. It uses a high-resolution, side scan sonar for real time detection, localization and classification of mines at high coverage rates and a laser line scanner to provide precision optical identification. The AQS series minehunter is used both domestically and abroad and has logged thousands of hours of operation.

The AQS-24B is operated from both the MH-53E heavy lift helicopters from Helicopter Mine countermeasures Squadron 15 (HM-15) and from the Mine Hunting Unmanned Surface Vessels (MHU) in the Arabian Gulf. The MHU with the AQS-24 has been deployed and operated from both U.S. Navy ships, such as the recently decommissioned USS Ponce (AFSB(I)-15) and the USS Lewis B. Puller (ESB-3), as well as United Kingdom Royal Navy ships, such as the RFA Cardigan Bay (L3009). 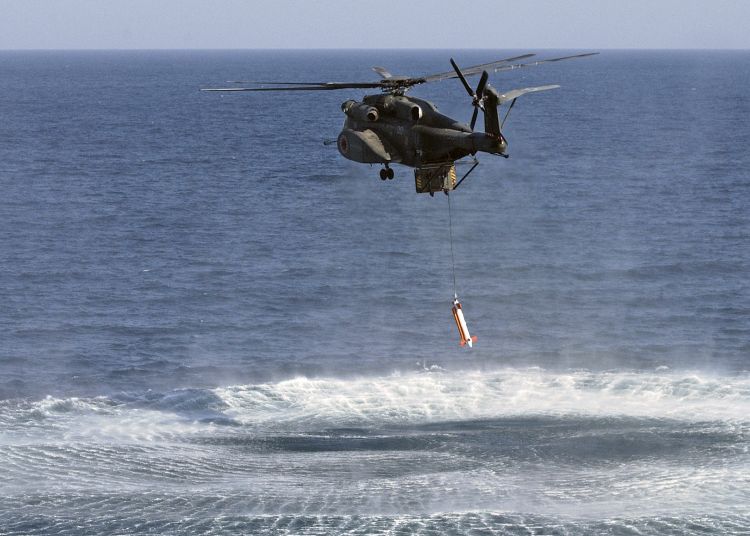