The World is My Playground
World Naval News
CONTRACTSItaly

The US Navy awarded to Fincantieri’s subsidiary Marinette Marine a $15M contract to evolve its FREMM-design into the next-generation frigate of the FFG(X) program.

Currently, 6 FREMM frigates are in service with the Italian Navy and have successfully completed multi-role missions world-wide. The units of the FREMM class have also been chosen in Australia for the final stage of the SEA5000 tender to acquire 9 Anti-Submarine Warfare Frigates for the Royal Australian Navy. 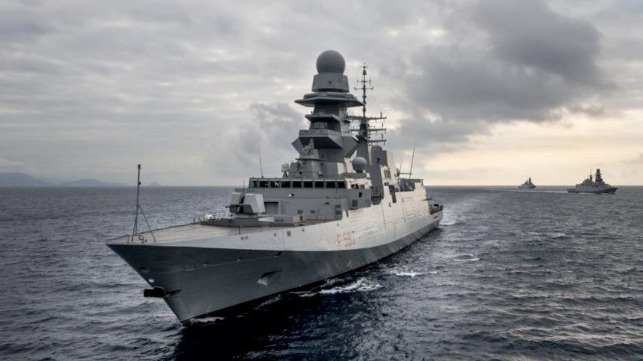 According to Fincantieri press release; Fincantieri Marinette Marine has teamed with Gibbs & Cox and Trident Maritime Systems to evolve FREMM to U.S. design standards. This wholly American team will develop a ship design, which, in case of award of the construction contract, would be built at Fincantieri shipyards in the US, where, over the past 9 years the company has developed a highly skilled workforce, an extensive supply chain and expertise in building ships to US Navy standards.