The World is My Playground
World Naval News
ASELSANDEFENCE COMPANIES

And Hyundai stated they had selected ASELSAN SMASH as the 30 mm Gun System in the project. 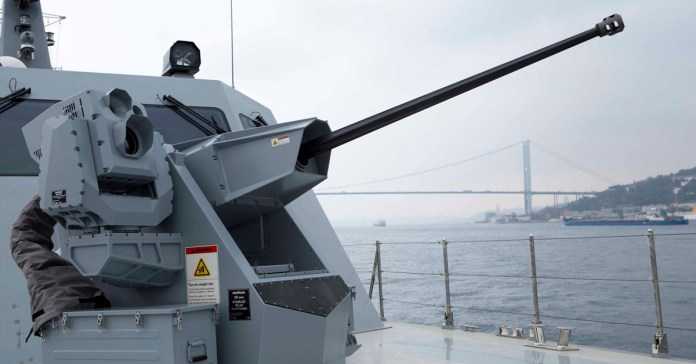 According to specifications provided by Aselsan;

SMASH is a remotely operated stabilized weapon station fitted with 30mm Mk44 Bushmaster-II Canon.
SMASH configurations incorporate advanced features as remote operation, built-in electro-optic sensor system for autonomous operation, day and night operation, stabilized turret, automatic target tracking (detect, track and fire on the move) and ballistic computation.
SMASH System has a stabilized turret which enables the line-of-sight of the gun to be aimed at the target at all times. Due to the stabilization feature, the system can perform precise firings against stationary or moving targets while the platform is on-the-move.

System can be operated remotely by using the remote gun control unit and hence provides gunner protection against counter fire. Besides, SMASH System is capable of firing 200 rounds per minute with its dual feed 30mm automatic cannon.