1st ship of Russia’s 20385 Corvette Program, Gremyashchy has been launched

“Gremyaschy”, the first of 20385 Corvette Project  was launched at the Severnaya Verf Shipyard  in St. Petersburg on June 30, 2017.

According to the Northern Shipyard, a Project 20385 corvette has a displacement of 2,500 tonnes, a length of 106 m, a width of 13 m, a speed of up to 27 knots, a cruising range of 3,500 nautical miles, an endurance of 15 days and a crew of 99 naval servicemen. Its armament suite incorporates a 100 mm A-190-01 naval gun, two 30 mm AK-630M close-in weapon systems (CIWS), a Kalibr-NKEh missile system, a Redut naval surface-to-air (SAM) missile system, a Paket anti-submarine system and a Ka-27 anti-submarine warfare shipborne helicopter. The ship is powered by two 1DDA-12000 diesel-diesel engines by JSC Kolomna Plant. 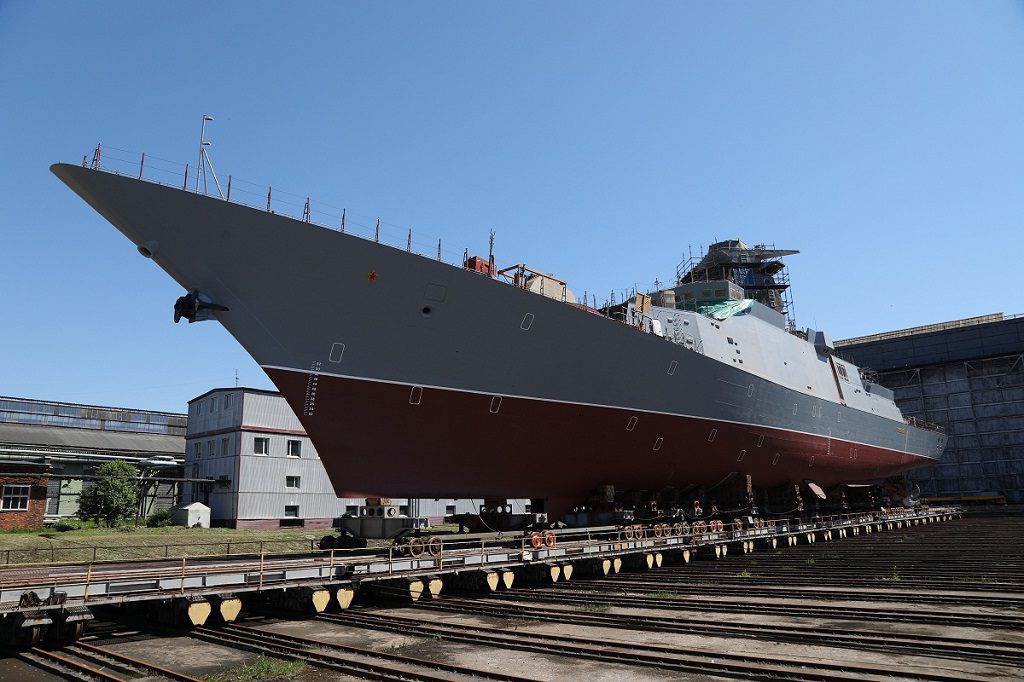 The corvette`s harbor acceptance test is scheduled for August with its delivery to Russia`s Ministry of Defence by end-2018.

LCS-15 (USS Billings) has launched on 1st of July